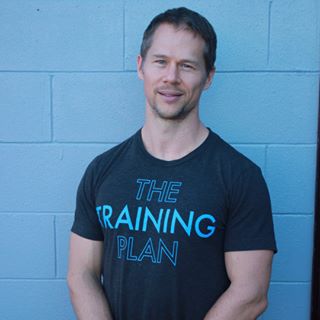 Discounts - The Race to the Bottom

Discounts - The Race to the Bottom

Our Wodify Guest Blog Series is part of our initiative to open our doors to the Wodify fitness community around the world, so they may share their experience, news, and advice.

Guest author Darren Ellis has an MSc in Exercise and is the owner of CrossFit NZ, the first affiliate in New Zealand and one of the first few hundred in the world.

Back in 2000, I had been backpacking for a few years and wound up on the island of Utila, in Central America, which just so happens to be the cheapest place in the WORLD to get your scuba diving qualification. The island had two roads, one general store, four bars, five hotels, six restaurants...and twelve dive shops.

Scuba diving was the ONLY reason tourists came to the island, so the shops got competitive. Eventually the cost of getting a qualification became unbelievably cheap: Open water certification with five nights free accommodation and dinners, all for a hundred bucks…

What was a great deal for us backpackers was actually crippling Utila’s dive industry, where many shop owners struggled to afford gas for their boats. You could draw the same parallels to CrossFit gyms located in crowded landscapes. In the long run, cut-rate marketing strategies for micro-gyms do more harm than good.

When we first opened our two locations, we advertised a foundation membership to the first ten sign ups, to create a little buzz and to bring in some extra cash. What I've seen happen, however, is that a brand new gym gives discounts to too many people, perhaps because they are too nervous to raise their rates, or too excited about the steady stream of new members into their community. Then they find out they suddenly need to spend big on more coaches and equipment to cope with the influx, and there isn't any money to pay for it.

It’s vitally important to remember that micro-gyms have a finite amount of space, so if you max out your space with discounted memberships, you’re not only affecting the health of your business (due to increased staff and equipment expenses), you might also be creating a barrier to people willing to pay top dollar.

My advice is: Build your gym one member at a time.

That's honestly how I believe it works best. Find the best person for your community, and use your abilities to help them reach the best of theirs.

By the way, I went on to work for a dive shop in Utila back in 2000, (the oldest and most expensive one on the island: Utila Dive Centre. Still going strong today!) It was there that I learned a ton about delivering professional service, charging what you’re worth, and being confident enough to stand by it, despite everyone else undercutting their prices in a race to the bottom.