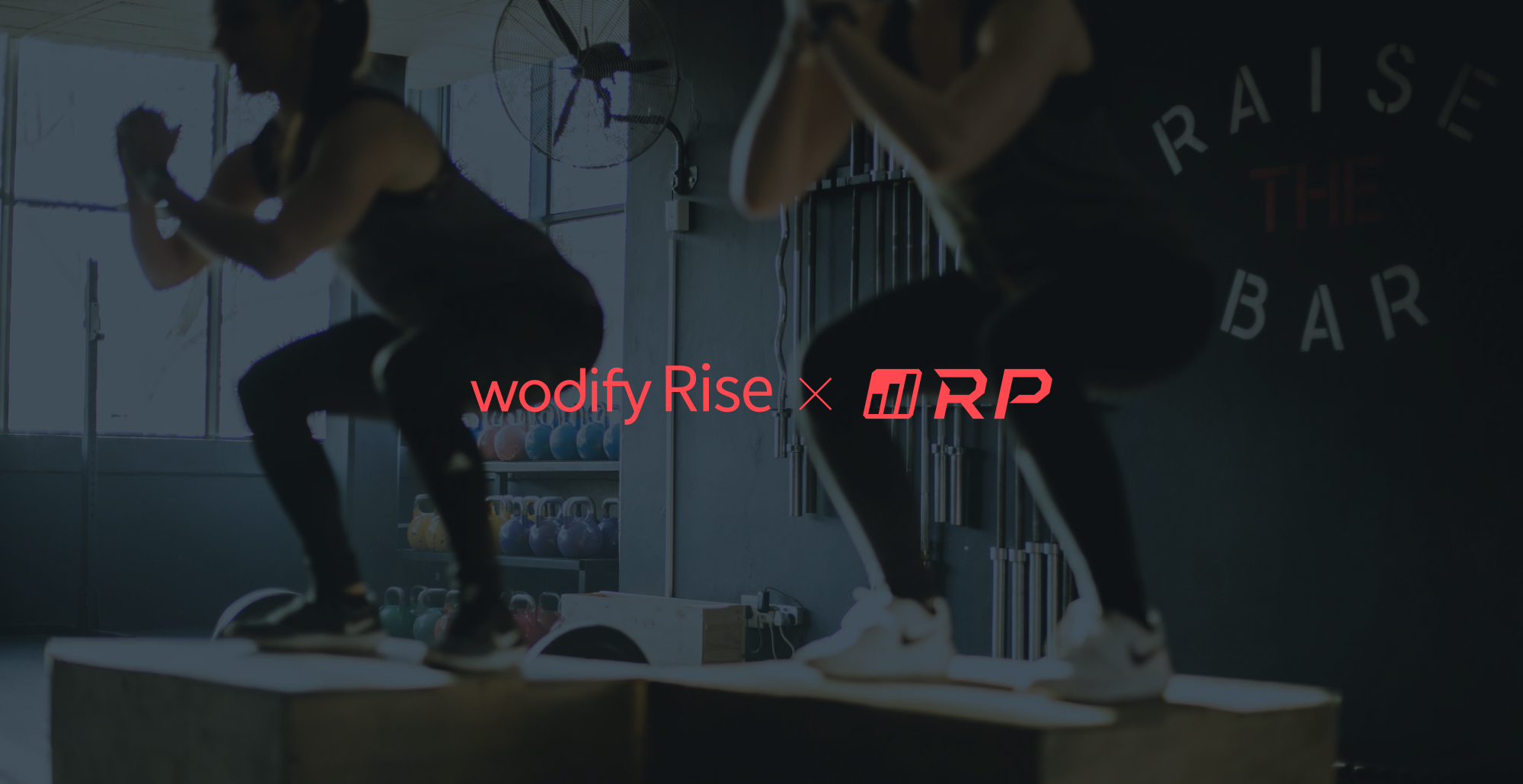 Getting the most from your Fitness Challenge

The Wodify Guest Blog Series is part of our initiative to open our doors to the Wodify fitness community around the world, so they may share their experiences, news, and advice.

Dr. Michael Israetel, co-founder of Renaissance Periodization, the official dieticians of USA Weightlifting and USA Powerlifting, offers his advice and experience on how gym owners and coaches can best set their members up for success in weight loss and fitness challenges.

Before your members begin, they’ll need to have a plan. “I want to lose as much weight as I can,” is NOT a realistic plan. Why? Because “as much as you can” isn’t a well-defined or realistic target. Here’s an extreme example: What if the military kidnapped you and forced you to train under penalty of violence while on a liquid-only diet. Sure, you could survive on basically zero calories and technically lose “as much weight as you could,” but this would be a very risky, highly unpleasant experience that almost no one would sign up for.

For example, a member weighing 200lbs embarking on an eight-week challenge might have a goal of losing between 8-16lbs. This would be transformative (impressive if accomplished), likely (they won’t fail halfway through by being overwhelmed), and sustainable (they’ll actually stay at a lower weight after the challenge is over). If your members aren’t sure which goal to aim for, have them choose 0.5% and go all in. If they accomplish it with ease, they can pick a slightly harder goal next time! Accomplishing a more attainable but still valuable goal beats trying a harder one and failing almost every time.

2. Commit to the Challenge

Just as important as having clear goals is opening the bandwidth necessary to accomplish them. Getting leaner will require time to train, meal prep, eat, de-stress, and sleep. Do your members currently have the time to do all of these things? If not, can they rearrange their schedules to make time? (And not just for a week or two but for all eight weeks of the challenge?) Members who embark on a fitness challenge need to have the time and emotional energy necessary to get it done! Trying to squeeze a fitness challenge into an already overwhelming schedule almost certainly leads to failure and will likely compromise their current commitments.

Let your members know what it’s going to take, time- and effort-wise, to get it done. If they don’t have the time, they should stick to their slow and steady approach to fitness. Once they have the bandwidth, then have them try a challenge.

Challenges are HARD. That’s why they’re called challenges! Members who participate in a diet challenge should start their training at the easy end of the spectrum, say 50% of as much exercise as they can handle in a week. Then, as the challenge goes along, they can add a bit more training and make it harder until they’re at 100% capacity in the final few weeks. If they start at 100%, they’ll burn out before the halfway point.

For fitness challenges that program diet and training, don’t have them start cold-turkey. Let members take a few weeks to slowly build up to harder and more frequent exercise until they’re in their best shape ever. Then, have them train easy for half a week and get lots of sleep before the challenge begins. That way, they can start with a clear mind and body. They won’t get sucker-punched by insane training demands and they’ll have a better chance of getting through to the end of the challenge successfully!

Dieting can get really complex. Sure, “eat less” is the critical component of dieting to lose fat, but “eat less” of what? Proteins? Fats? Carbs? Your members could spend years getting educated on nutrition, but they only have eight weeks! Luckily, there are tools to help right away.  One such tool is the RP Diet App. It’s a digital diet coach that not only lets participants easily build a diet plan to suit their needs, it actually tells them what to eat and when, to achieve their desired weight loss goals! It updates their diet as often as needed to keep them on track, and it lets members check their progress to stay on target.

Can your participants design their own diet and stick to it without this app? Of course! But give the app some thought if you’d like to simplify your fitness challenge. No matter what approach they use, it’s a good idea for your participants to make their diet as simple as possible. Have them choose simple ingredients, simple meal-prep efforts, lots of Tupperware and batch cooking in advance, and get them to stick to a lot of the same (usually boring) foods.

If they have to choose from lots of different meal options on the go, they’re more likely to choose poorly, especially as they get hungrier. If they already have simple meals planned and prepped in advance, they don’t have to think much and there’s less temptation to eat off-plan foods or unwise portions. Remind them they don’t have to live like a robot forever, but for the difficult weeks ahead, it helps a ton!

If your participants only have eight weeks to lose their desired weight, a week here and there of missed goals can make a big difference. For example, if their goal is to lose a pound a week, and on the third week of the challenge, they don’t lose any weight, what should they do?

Sure, they can just stick to the plan and hope to make up the weight loss later, (a perfectly acceptable idea for longer fat loss strategies). But with very limited time, this plan won’t work for your participants. They need to jump on the ball! If they’re behind schedule on Week 3, Week 4 requires less food, plain and simple. Tools like the Wodify Rise and RP Diet App help keep participants on schedule and engaged. Have participants weigh themselves at least 2x per week, using their average weight to figure out if they’re on track. In short challenges, time is of the essence!

6. Grit Only When Needed

You’re going to have to be a cheerleader for your participants because there will be tough times during the challenge; times when they’re hungry, tired, sore, or all three. They’ll tell you they’d much rather quit than keep going. It’s times like these that will require pure discipline to get through, and you’ll have to be the one to supply the motivation and the knowledge about how they can manage their willpower. They HAVE the willpower, but their reserves are not infinite. If they grit their way through everything for eight weeks straight, they’ll end up falling off the wagon. This isn’t a new revelation; it’s an experience almost as old as the pursuit of fitness itself.

Luckily, your participants don’t actually need infinite reserves of willpower, because they’ll only be using it some of the time. In fact, much of the time, they won’t be using it at all. Instead, they’ll be coasting on momentum and habit. After the first few days and weeks of the challenge, they’ll have structured eating, training, sleeping, and de-stressing routines and everything will feel automated. Because your participants have eased into their workouts and structured their diet, they’ll have weeks where they improve their fitness without ever feeling overwhelming or requiring any willpower.

If your participants tell you they have lots of days where they feel they’re on autopilot, should you make the plan harder? NO! Let them coast and get the easy results! Tell them to save their willpower for when they need it to overcome those difficult days. On easy days, they can run through the motions and enjoy the process. With enough of them strung together, the challenge will be over almost as soon as it  began. They’ll feel great and be in better shape, and their willpower and desire to maintain or further improve their fitness after the challenge will still be intact!

What was originally intended as a fun opportunity for Uncharted CrossFit members to meet and greet a star CrossFit athlete, turned into something more meaningful for everyone involved. Jason’s philosophy is “rising the tide”, so that when one gym succeeds, the fitness community as a whole succeeds. That’s why he loves to share what he’s learned from his experience operating 20+ gyms around the world. In between coaching the WOD and enjoying dinner with Uncharted’s members, Jason sat down for an impromptu instruction session with their seven-person staff on coaching best practices.

He then met with Lynette and Patti, gym owner-to-gym owners, to share stories, discuss the ups and downs of the fitness business, and to figure out ways to help Uncharted CrossFit continue to grow and succeed. It was a day that no one from the Uncharted CrossFit community will forget.

Now is a great time to get your members fit with the help of the Renaissance Periodization RP Diet app. For the easiest way to run lifestyle challenges of all types at your gym, get started with Wodify Rise for free. We wish you success!