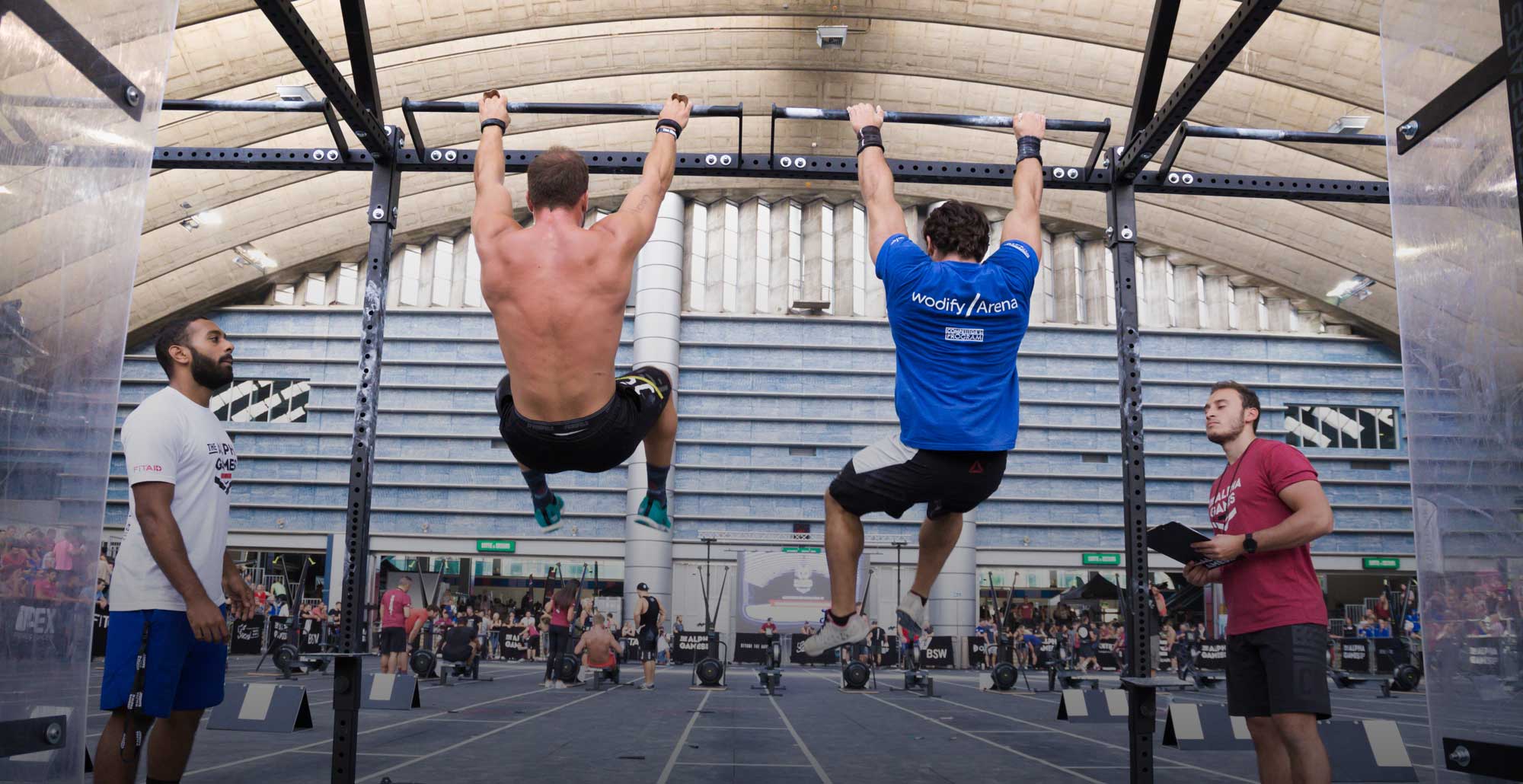 The Alpha Games: Congratulations to the Wodify Arena Team!

The results of the 2017 Alpha Games are in the books. Following three weeks of rigorous qualifying, the top 408 athletes from over 30 countries made their way to Nice, France to compete in this intense fitness competition on September 23rd & 24th, 2017. On hand to demo the Final WOD were CrossFit Games veterans Noah Ohlsen and Guido Trinidad, while Kiki Dickson served as The Alpha Games MC.

The men took part in seven brutal WODs over the course of the competition, including classics like a snatch complex, Every Rep Counts - a triplet involving pegboards, heavy balls and pig flips, as well as a swimming WOD that brought many athletes to their breaking point.

The team of Godinho & Côrte-Real placed 16th, including an impressive 1st place finish in the first event: The Legless Bear Complex. This event was a mix of legless rope climbs and Bear complexes within an eight minute time cap.

Artur Sayal placed 5th in the Men’s Scaled division, including two 3rd place finishes in the Legless Bear Complex as well as Bay Watch/Save Your Buddy, a swimming WOD where competitors had to sprint 50 meters to “save” a dummy from drowning, drag it back to the other side of the pool, and then finish with another 100 meters of swimming for good measure. It was...challenging.

Congratulations to all the athletes for their tremendous achievements at the 2017 Alpha Games.