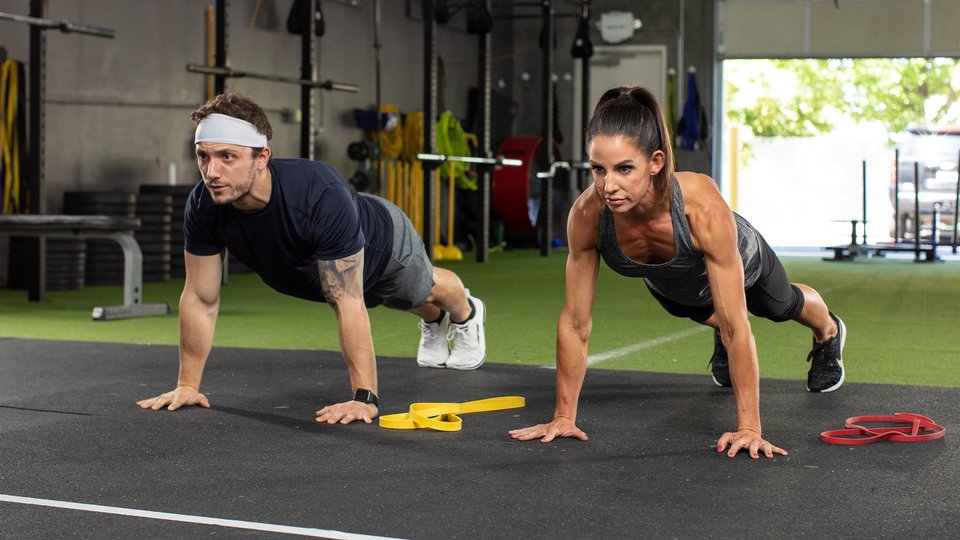 5 Things the Army Combat Fitness Test Can Teach Your Coaches

5 Things the Army Combat Fitness Test Can Teach Your Coaches

With the army training its soldiers to the best of their ability to protect the country and its people, there is no doubt that potential soldiers have to be strong, have good core strength, and demonstrate superior ability and agility that helps them survive in the field.

What many people don’t realize though, is that combat training can effectively be incorporated into your workout regime to make you faster, stronger, and more agile.

Developing your versatility through combat training can also be a great way to take your martial arts practice to the next level.

What is combat fitness?

What is the US Army Combat Fitness Test (ACFT)?

The Army Combat Fitness Test (ACFT) - which replaces the previously used Army Physical Fitness Test (APFT) - is a newly designed protocol that attempts to replicate and test realistic physical actions taken by army personnel during action in the field.

All soldiers are now required to take this test, which somewhat controverisally does not adapt based on age or gender. The latest iteration of the ACFT, the ACFT 3.0, which began implementation in April 2021, reintroduces tier-based gender-aware scoring.

There are 6 points-based events which each give you a score out of 100, with a total of a possible 600 points.

The test analyses the health, fitness, and ability of current and future servers in the army and is an important factor in deciding who is healthy enough to serve.

What does the ACFT involve?

The Army Combat Fitness Test involves 6 different types and levels of tests that aim to study several areas of strength, training, and ability for soldiers currently serving as well as the future recruits.

One can consider it to be a standardized test for being eligible for the army, except it’s practical and requires potential soldiers to be fit, healthy, and strong.

Each participant is required to gain at least 60 out of a total 100 points in all of these 6 areas, making for a minimum passing score of 360/600.

Luckily, you don’t need to be army-level fit to make the most of combat fitness as a part of your regular training schedule.

Incorporating combat fitness elements can have a big impact on your overall fitness, physique, and training capacity.

Regardless of whether you have prior training in combat fitness, almost all experts recommend a combination of combat training with the mixed martial arts to increase strength and sustainability of the workout.

Combat training encourages a full body workout, and boxing with proper equipment uses arm muscles, legs, as well as the core. Breaking up sets of punches with sprints, burpees, or push ups might help you take your workout to the next level. This type of training not only helps to build strength and endurance, but also serves as a cardio workout to burn fat.

Martial arts can require some serious motivation and dedication, and combining combat training with your regular mixed martial arts practice can be a great way to build endurance, improve your mental health, and practice resilience.

By allowing yourself a space to unleash and let go of the stress of your home and work life peacefully, all while strengthening your body, you can give your brain a much needed break.

Exercising also releases endorphins that can help you to feel relaxed and happy - thus the so-called “runner’s high” - after completing a tough combined combat fitness and MMA workout.

How to incorporate combat fitness into your MMA classes

These exercises typically involve the entire body and feature rapid bursts of activity and shorter breaks to push your body to the max.

A mixture of burpee variations, core and ab movements, and more can help condition your body faster.

Lunges, squats, abs, pressing, and burpee variations can all help you to fast track your conditioning process.

In these sessions, remaining hydrated can be key. Dehydration can exacerbate post-exercise pain, so make sure to keep a bottle of water close by.

Some compound lifts and movements are essential to the improvement of your body composition.

Typically, these include exercises such as deadlifts, squats, bent over rows, bench presses, overhead presses, and snatches.

Since all these exercises make use of multiple groups of muscles and joints, they put a strain on your core strength and help improve balance, strength, and also prevent injuries!

As a beginner, aim to start slowly and focus on your form while completing these exercises, rather than attempting to lift heavier right away. Over-enthusiastic lifting can cause injuries that take days, if not weeks, to heal. Avoid strains by being careful and patient with your progress, and starting out with weights that allow you to perfect your form.

Over time, and with the help of a trainer, you can aim to advance to heavier weights.

High Intensity Interval Training, or HIIT, is a type of training that can be an excellent choice for boxers, MMA fighters, and other strong body contact sport players and athletes.

Interval training helps build endurance and also increases rapid power building as well as agility. HIIT workouts are also a great way to add variety to your training routines to prevent boredom or burn out.

The fundamental idea of HIIT is fairly simple; after a good warm up, you are expected to engage your muscle group being worked on at 100% capacity for up to approximately 30 seconds, which is to be followed by a short break.

Crucially, you are not ‘stopping’ the workout, but rather simply slowing down enough to take a quick breather before coming back at it.

Principles of HIIT can be applied to both more cardio as well as strength-oriented exercises.

For example, on a treadmill, you could experiment with intervals at different speeds and gradients, completed in short bursts. Bodyweight exercises are also great for HIIT, as you can alternate between more cardio-intense moves (such as star jumps or running in place), and strength-driven moves (such as push-ups or v-sits).

Ready to get started?

So there you have it. Combat fitness can be intense, but it can also be a great way to take your martial arts training to the next level.

To learn more about fine-tuning your martials arts training, reach out to Wodify today to see how we can help!