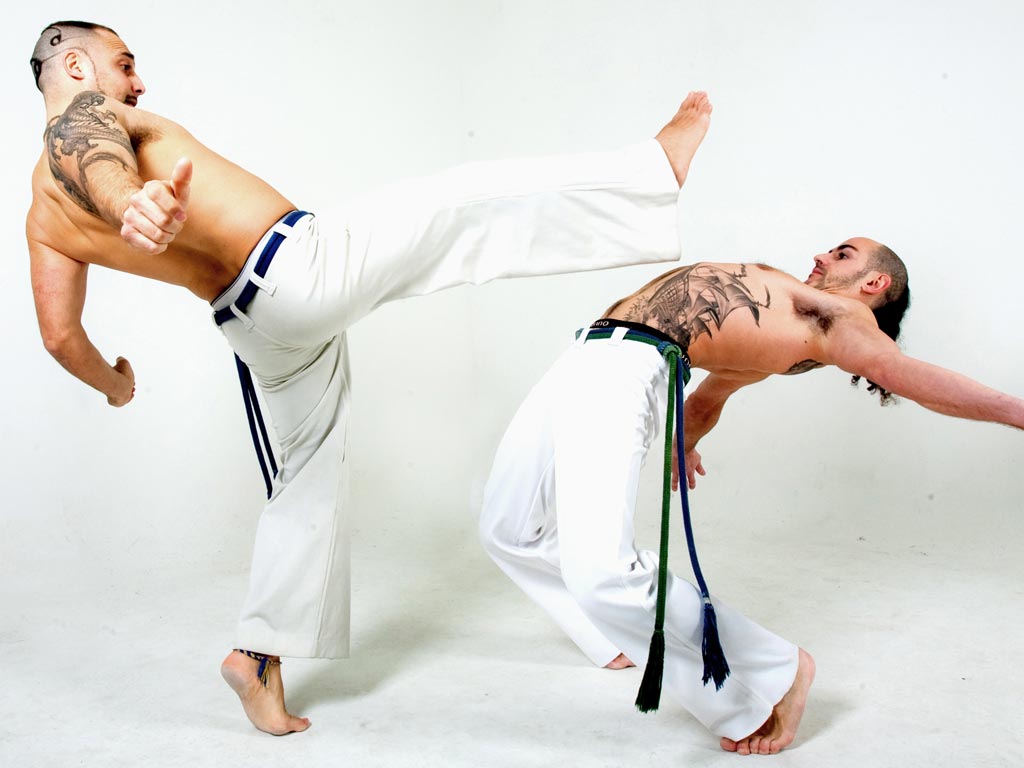 With so many different Brazilian martial arts to learn, it can be difficult to know where to start!

The bonus is that with so many varying skills and styles, you’re likely to be able to find a Brazilian martial art to suit your needs and goals.

What are Brazilian martial arts?

Many people think that Brazilian martial arts begin with Capoeira and end with Jiu-Jitsu.

Though these two are certainly the most famous, there are many more styles that show off unique and exciting movements, and that you can gain a lot from learning.

Brazil has a long legacy of creating competent and spirited fighters. The indigenous people developed the first martial arts in the region. Soon, with an influx of other cultures, the martial arts developed from various sources and started to branch off into different disciplines.

Today, you can see practitioners of these different forms in every major fighting sport, most prominently with Brazilian Jiu-Jitsu in MMA. There is also Vale Tudo, Luta Livre, Capoeira, Kombato, and Huka Huka.

Who can learn Brazilian martial arts?

Almost everyone can find a Brazilian martial art that they can train and learn. The different fighting styles are so varied that you can pick one with movements and philosophies that resonate with you.

You can pick from styles that are more about getting in shape and controlling your body, you can find types that deal the most damage to keep you safe, and you can find styles that work well in combat sports if you want to compete.

Some forms work with speed and grace, or you can pick styles that focus on strength and explosive bursts. No matter what kind of martial art you want to learn, there is probably a style that will allow you to lean into your strengths as an athlete.

Once you decide why you want to learn a martial art, you can find a Brazilian style that will help you reach your goals in a fun and helpful way.

How do I get started with Brazilian martial arts?

There are many ways to start learning Brazilian Martial Arts.

You can find videos of instructors who teach the basics - there are hundreds of beginners courses on Youtube for almost every one of these styles. This can be a great way to see a class on the topic and decide if it is something you want to commit to.

If you want to get more serious about learning the martial art, there are a ton of classes offered -  simply find one that is local to you and sign up. These will often have different skill levels, and many of them will offer introductory courses so you can try the sport out before booking onto an entire course.

For more individualized attention, you can often find teachers of the martial arts that run smaller or personal programs. These will likely be more expensive, and they are usually a little more focused.

Once you start learning, the instructor will likely let you know about any gear you might need. Usually, the martial art has a uniform that all students must wear, which may vary depending on the style. You may also need safety equipment, especially if there is sparring.

Which Brazilian martial art should I start with?

If you were to ask this question to a slew of martial arts practitioners you would probably end up with a dozen unique answers!

To answer this question, it can be helpful to start by learning a bit more about each one of the styles. Then, you can decide which one would best help you to reach your goals.

For fighting sports, Jiu-Jitsu or Vale Tudo may be your best option. If you're going to focus on getting into shape, Capoeira or Huka Huka might be your choice. When self-defense is your prime goal, Luta Livre and Kombato may be a great fit.

Brazilian Jiu-Jitsu is the most famous fighting style from Brazil, primarily due to its popularity in the MMA. The form officially became a style in 1920 by practitioners of Judo. When you learn Jiu-Jitsu, you will often focus on submission holds and ground fighting.

If you decide to train in this form, you will learn how to grapple from many different positions. You will get used to being wrapped up with your opponent and find out how to gain an advantage once the fight goes to the ground.

It's a great way to equalize a fight against bigger and stronger opponents. You learn how to use leverage to get your opponent on the ground and focus on weaker joints to inflict pain.

When you start Jiu-Jitsu classes, you will get a traditional Gi and belts that show your rank. However, many modern schools are moving away from the Gi to focus on a combat sports style of training.

Vale Tudo, also called No Holds Barred, is a hybrid martial art that started appearing in the 1920s. The style is known for its brutal and violent tone. It uses strikes, holds, and throws, combining some of the most dangerous aspects of other Brizillain martial arts into one.

The form often finds itself criticized for the number of injuries that participants sustain during events. Currently, most Vale Tudo events have added rules to make them safer, but there are still many people who want to go back to the more wild origins of the sport.

Vale Tudo developed alongside Brazillian Jiu-Jitsu, and the two forms have developed a rivalry, with practitioners from both claiming theirs is the best combat style.

Luta Livre takes inspiration from catch wrestling and Judo to make a new form of grappling martial arts. It became known as the poor kids' martial art because you didn't need any equipment to start learning, and there was no dress code.

When you learn Luta Livre, you focus on the grapples and holds. Strikes are not taught as part of the primary curriculum, though you can incorporate them when using the style outside of competition.

Many MMA fighters use Luta Livre, and there is a healthy rivalry between Luta Livre and both Vale Tudo and Brazillian Jiu-Jitsu.

When you learn the style, you will focus on large movements that lead to potent strikes. These are often kicks, but not always. When practiced well, the motion is an artform that resembles dance but has devastating power behind each blow.

The high movement nature of Capoeira makes it great for working out. The traditional use of music while learning can also add an element of fun to the class. You can find courses that focus on the workout over the combat, but you will still learn the moves you can use for both.

In pop culture, Wesley Snipes and the character Elena from Street Fighter III use Capoeira in their fights.

Kombato is one of the newer styles on this list, only becoming a form in 1989. The Brazilian armed forces use this style, and it is popular with bodyguards to help protect themselves and others. When practicing Kombato you will use combinations of strikes and grapples to neutralize threats.

The drive of Kombato is to learn how to protect yourself in the real world, so it focuses on real combat scenarios. It trains you on how to end engagements quickly and effectively. There are techniques for both on your feet and on the ground grappling to help in every fight.

Kombato doesn't focus on philosophy or mental state. It is all about learning how to protect yourself to the best of your abilities.

Huka Huka is a wrestling style that started as an indigenous funeral ceremony in the Xingu region. Originally both fighters started on their knees and competed to see who could knock their opponent to the ground first.

The combat is almost entirely grappling, but there are a few different throws you can learn.

The fights are still performed as part of the folk traditions of native people, but the techniques have been incorporated and used by the São Paulo State Military Police. Many MMA fighters use concepts from this form.

There is so much diversity in Brazilian martial arts that almost everyone can find a style that will work best with their unique strengths.

If you want to start offering classes for any of these forms at your gym, you can set up a schedule using Wodify.

This will allow you to track class attendance, post a customizable program that everyone can use, and create an automated billing plan to make starting the class more manageable.