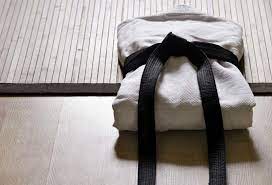 Judo vs. Jiu-Jitsu: Which Should You Teach?

Judo vs. Jiu-Jitsu: Which Should You Teach?

With so many varied martial arts available and beloved across the globe, it can be difficult to know where to start.

Choosing which type to specialize in and devote your time to can require research and understanding.

If you are looking to add a martial art aspect to your gym or classes, Judo and Jiu-Jitsu can both be great choices. If ease of certification is your goal, then Judo may be best. However, if you want to earn a higher salary, then Jiu-Jitsu may be the best choice.

Judo is a modern martial art that can trace its roots back to Jiu-Jitsu.

It emerged as a discipline in the 1880s when the polymath and educator Kano Jigoro founded a dojo in Tokyo. Here, he combined the different philosophies that he had been exposed to as a student of Jiu-Jitsu into a new form of martial arts.

Over time, Judo gained widespread popularity, and its prominence culminated in it becoming the first traditional Japanese martial art to be contested at the Olympics when it was admitted for the 1964 Tokyo games.

The ancient founding of Jiu-Jitsu, called Jujutsu in Japan, originated in feudal Japan.

The use of Sumo and old martial arts fused to create the first essence of Jiu-Jitsu, which could be used on an opponent wearing armor. A fist striking the armor would do nothing, so the basis of these techniques centered around joint-locks, throws, and contortions.

Being able to free yourself from an opponent on the ground or to best an opponent far bigger than yourself are key elements of Jiu-Jitsu. It is all about using your opponent’s energy against them and beating the odds.

Developed by the Gracie brothers, Brazilian Jiu-Jitsu was based on the teachings of a Japanese martial artist, Mitsuyo Maeda.

They went on to create their own unique combat sport based on these teachings. The goal of BJJ is to have a smaller opponent be able to take down a larger attacker by using their own weight against them.

What’s the difference between Judo and Jiu-Jitsu?

In terms of competition, the difference between Judo and Jiu-Jitsu centres on their different styles and techniques, which means that they have different methods for classifying a “win”.

Since Judo is mainly done while standing, and Jiu-Jitsu focuses on groundwork, the requirements for winning differ, as do the methods of taking down an opponent. The international rules for each style are often updated, so it’s important to stay on top of the rules if you want to participate.

Let’s take a look at some of the critical aspects of Judo and Jiu-Jitsu, their historical origins, and what it takes to win a match in either.

Judo focuses on self-defense and the efficiency of the body and mind. It is a collection of ancient techniques and philosophical thought processes that help a person better themselves.

Compared to Jiu-Jitsu, Judo is an Olympic event and has a much bigger competitive calendar, which is organized by the International Judo Federation.

A Judo match starts in the center of the mat with the opponents standing and facing each other. Typically, judo matches last about four minutes long and are scored using the following methods:

The goal of Judo is to grab your opponent and destabilize them successfully.

Jiu-Jitsu can be practiced more traditionally or in the form of Sport Jiu-Jitsu. The latter follows the specific rules of the Ju-Jitsu International Federation, which was founded in 1998. Under these rules, Jiu-Jitsu has been included as an event at both the World Combat Games and the World Games.

BJJ might not be an Olympic sport, but it is a well-loved martial art form. Unlike Judo, a BJJ match tends to be longer, ranging from four to ten minutes. You can win through scoring the most points or your opponent’s submission. You can score points with the following methods:

If the time runs out before a submission happens, the competitor with the most points wins the match - often providing more opportunities for someone to get the upper hand.

Before you start teaching either Judo or Jiu-Jitsu, you will likely need to know more about the process of each.

For example, each martial art has different qualifications, pay rates, and locations in which you may be able to instruct.

Qualifications: What you need and how to get them

There are some subtle (and not-so-subtle) differences between how to become a qualified instructor in Judo and Jiu-Jitsu.

To be eligible, you’ll need to have USJF membership as well as have proof of being at Sankyu or higher rank. Moreover, you’ll need to pass a USJF background check, undergo CDC concussion training, and take a US Center for SafeSport training course.

There is another Judo organization, United States Judo Association (USJA), that maintains the USA Judo, Inc., which is the main body to the Judo Olympic committee. Their process for getting qualifications is similar, and yearly membership can cost anywhere from $25 to $45.

There are three methods to become a Jiu-Jitsu instructor, two of which require certification and one which does not.

USA Jiu-Jitsu (USJJF) has a certification program that is similar to those found in the world of Judo. USJJF has a scale for fees. You must pay the membership fee, which starts at $50 and scales up to $400 for a lifetime membership. Additionally, for every rank in black belt (of which there are ten, each a level of "dan"), you must pay an additional fee. The first level will cost $150, and the tenth is $500. For every Dan, you will receive a certificate, allowing you to teach.

There is also the Gracie Jiu-Jitsu University, which maintains another formal certification procedure. There are four phases that you must complete before you are certified, which must be completed at a registered center. Prices will vary depending on which center you choose and which program you adopt.

However, you can skip the formal certification if you have a black belt and go through the International Brazilian Jiu-Jitsu Federation. However, there is a $400 processing fee, as well as other add-ons, such as a first aid course, rules seminar certificate, background check, and SafeSport training.

Where can you teach?

Job opportunities can sometimes hinge on what type of Jiu-Jitsu or Judo that you practice.

In Judo, once you have the relevant accredited certification, you’ll have many varied opportunities, such as at judo clubs, summer camps, fitness centers, and educational institutions. However, some employers may have additional requirements, such as wanting black belt-level instructors.

For Jiu-Jitsu instructors, there are plenty of dedicated Jiu-Jitsu academies, as well as classes taught at gyms, universities, sports clubs, and more. As with Judo, there may be other qualifying conditions that will need to be met, whether that’s having a diploma or prior experience as a teacher.

How Much Do They Pay?

A Judo instructor’s typical salary will depend on a number of factors, with location and experience being some of the biggest influencers.

In saying that, the average salary stands at $39,555, with the base entry being $29,898. Higher earners may garner significantly more, especially if they are more senior instructors or hold prominent teaching positions.

As with Judo, a Jiu-Jitsu instructor’s salary will reflect where they are teaching and how many years they have accumulated under their belt.

On average, a BJJ instructor can expect to earn $43,716 yearly. Of course, there will be variations, and some teachers may take in much less or have salaries surpassing the $60,000 threshold.

Both Judo and Jiu-Jitsu can be great martial arts to add to any gym or fitness center.

They both urge students to develop discipline and respect while emphasizing the importance of internal balance. Teaching either art will undoubtedly be a rewarding experience for you as an instructor but also for your students.

If you are looking to expand the services your gym offers, reach out to Wodify today for a free consultation!