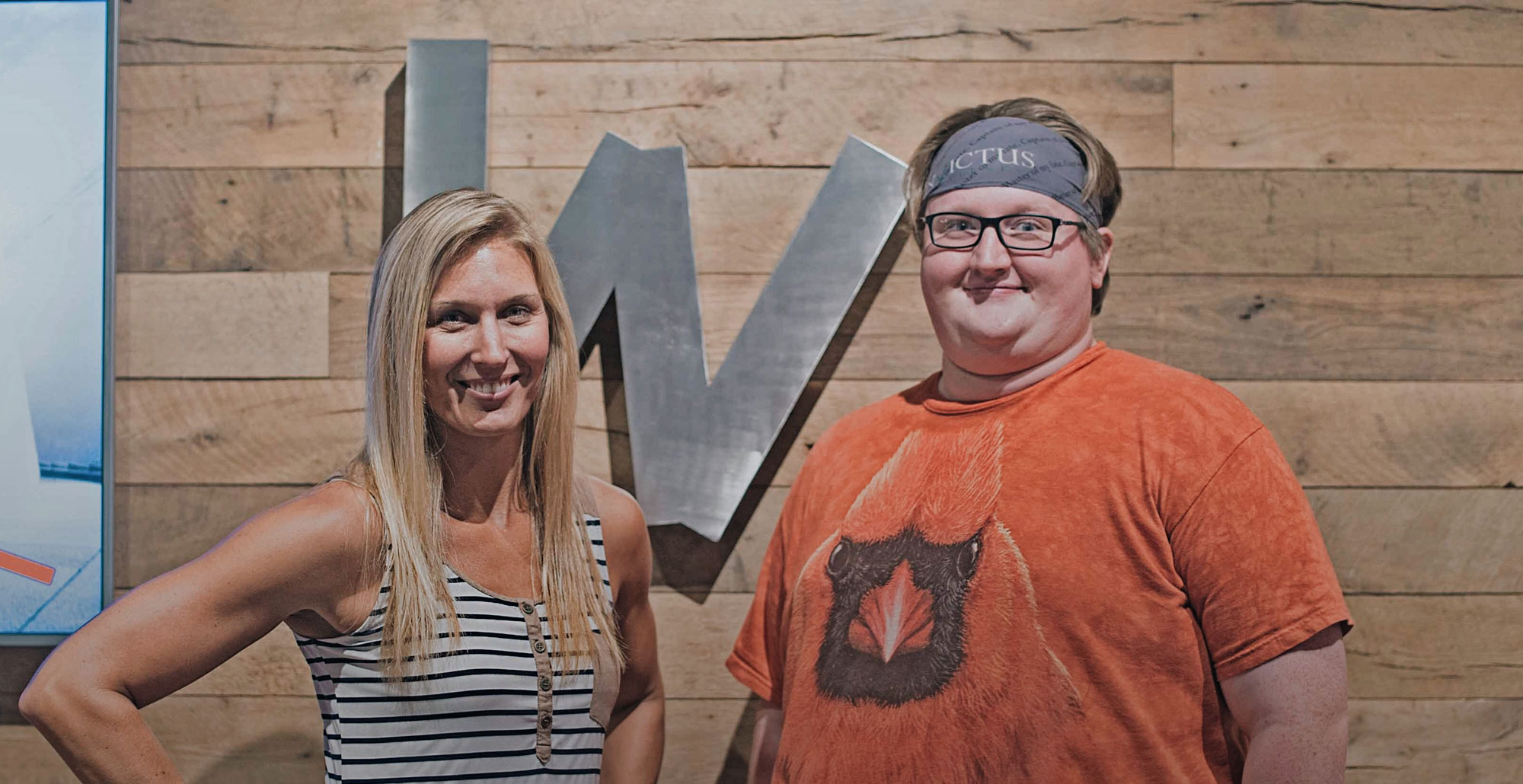 Welcome back to our ongoing series, “Dan Does CrossFit,” where we follow Wodify Customer Success Agent Dan McMahon on his fitness quest. We caught up with Dan and his workout partner Lindsey Johnson, Wodify’s Director of Customer Advocacy, to see how things were going.

Dan and Lindsey recently signed up for the CrossFit Team Series, a two-event partner competition open to athletes of all ages and ability levels. It’s a testament to the sport that whether you’ve been doing CrossFit for many years, like Lindsey, or just a few months, like Dan, you can still achieve positive results if you’re dedicated and motivated. Once the competition starts on September 20, 2017, Dan and Lindsey will be documenting their experience on Wodify’s Instagram.

How have things been going, fitness-wise?

Dan: Great. I’m down 41 pounds in three and a half months. I work out at least five times a week, even on weekends, when before, I’d usually be hungover and exercise would be the last thing on my mind.

Lindsey: He’s reached the point where it’s not even a question of whether he works out or not. It’s a more a question of ‘when’ he’ll work out during the day. It’s become a habit.

D: As much as I’d love to just pick up my PlayStation and stay inside, I know that I have to do it.

How about your nutrition program? How is that going?

D: Eating is a chore. I took a few weeks off around my birthday but now I’m back on the wagon.

L: It’s still a work in progress. Dan needs to figure out how to better mix up the foods that make up his blocks so he’s not stuck eating three and a half cups of Brussels sprouts to get his carbs. (Dan is currently doing the Zone Diet, a nutrition plan popular with Crossfitters that groups meals into numerical “blocks.” Each person has a certain amount of blocks they’re allowed to eat per day.)

D: I can eyeball a few foods and know how many blocks they’re going to be, like chicken for instance, but I still look up a lot of foods on Google. The biggest change is I’m not drinking alcohol. A glass of whiskey is 7 blocks! That’s almost half my blocks for an entire day.

Now that you’ve been doing CrossFit for a few months, what’s your favorite movement?

D: Sled pulls. We follow Invictus programming during the week and then have “Manual Labor Fridays,” which is a bunch of stuff like sled pulls and hitting a tire with a sledgehammer. I like it because I’m good at it.

L: Dan is incredibly strong. We still have to work on his mobility for certain things like getting his elbows up to receive the bar after a clean, but for sled pulls, I’ll sit on the sled for extra weight because the pole isn’t long enough to add more plates.

What is the schedule? Are you coaching him, Lindsey?

L. When we first started this, Dan asked me if he could work out with me in the mornings before work and I said “Yes.” But he also knows that this is my time to workout, too. So, even though I was a coach for 7 years at CrossFit Invictus and I can help him avoid injuries, I’m not coaching him, I’m working out with him.

D: That said, if I have a question about a movement, she’ll show me how to do it correctly and I’ll follow along.

On a related note, how did signing up as partners for the Crossfit Team Series come about?

D: I was sitting at home one day, watching the CrossFit Games and said to myself, “I want to do that!” I asked Lindsey and she said she’d be my partner.

L: That’s pretty much it. I’m glad Dan was confident enough to want to sign up. We’re just going to do it for fun, we’re not going to be super competitive. Now that the Games are over, and the Open doesn’t start for a few months, the Team Series is a way to keep people on track.

What are you most excited or nervous about going into the Team Series?

D: I know that it’s going to be the toughest set of workouts I’ve ever done, so I just hope I don’t die.

L: I’m not nervous at all. I think Dan will do just fine.

D: I post everyday after my workouts on Instagram and a few times a week on the Invictus site. I have a lot of friends who comment and they keep me accountable because they’re mean.

D: She could be meaner. I wouldn’t take it personally. It keeps me motivated.

Make sure you visit Wodify’s Instagram page as Lindsey and Dan will be taking over with photos and posts during the CrossFit Team Series.

You can also visit the Wodify Blog page for updates on Dan’s progress, and follow him on Instagram for his own photos.