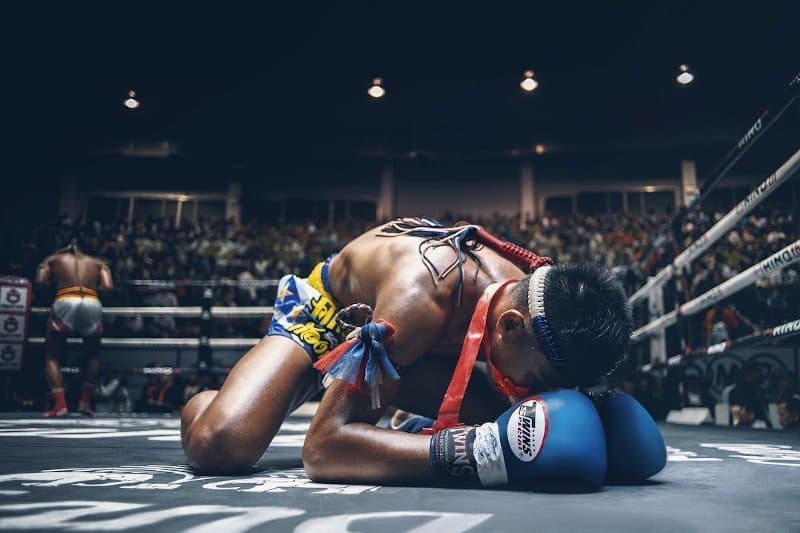 What is Muay Thai: History and Fundamentals

What is Muay Thai: History and Fundamentals

What is Muay Thai?

Muay Thai - also known as Thai Boxing - is a cultural martial art from Thailand and also the national sport of the country.

Several centuries old, the art trains people for close combat by utilizing the body as a functional weapon.

While the origin of the martial art is debated by scholars and historians, it is popularly believed that much of the Muay Thai history was lost when the Burmese ransacked Ayudhaya during the 14th century. The King of Thailand is an avid fan of Muay Thai and has encouraged the growth of the martial art more so than any other era in the history of the nation.

Popularly referred to as the “The Art of Eight Limbs” by those experienced in the martial art, the techniques focus on using eight points of core contact with the body to mimic weapons typically used in war and fighting.

The hands act as sharp swords, the hardened shins and arms act as armor against tough blows that could render fighters hurt, and the elbow can strike as strongly as a hammer. The legs and knees can act as axes and staffs, and the entire body works - ideally -  in unison as a single unit.

Since the art aims to transform the body into a weapon, Muay Thai can be dangerous. As a full-contact sport, it is common for players to sustain injuries, but if used for training in fitness and health outside of competitions, Muay Thai has lower risks of injury.

Like most sports, competitions in this art are guided by strict regulations and criteria for participation and safety. The rules surrounding traditional western boxing are said to have influenced the rules of competitive Muay Thai. Some of the key rules include the age of participants and require all to be above 15 in Thailand, and above 18 in other countries. Protective gear is to be worn at all times, and the ring must be on an elevated platform with adequate padding material below it.

Muay Thai was originally practiced for hand-to-hand combat warfare and has only in recent times become a martial art and competitive sport as we know it today.

With more and more people choosing to learn the art of Muay Thai for health benefits and not combat, it can be helpful to understand the benefits it provides.

The martial art consists of both offensive and defensive moves and is designed in a way to inflict pain and injury on the enemy during combat. Using the elbow and knee strike, for example, can be used to disarm the opponent.

Muay Thai works effectively not just as a combat training method, but also as great exercise! Each training session can last between an hour and three hours and includes warm-ups, shadow boxing, and even strength exercises.

A 1000 calories can easily be burnt per session and it’s a fun and exciting way to stay fit! A traditional training session may also include a warm-up jog and run of 3 to 5 miles to improve the stamina and fitness of everyone training.

Because of the strenuous work it takes to train in Muay Thai, people learning the art and practicing it are always challenging their limits, physically and mentally. This can help to develop a stronger state of mental being, tolerance, and health for the mind.

It can also encourage patience, discipline, determination, and self-confidence in terms of safety and health. Additionally, Muay Thai training sessions often take place in groups and provide people with otherwise packed schedules to unwind and socialize while maintaining fitness. The common goal of wanting to learn and excel at the martial art can create a strong community within the group.

Muay Thai is dominated largely by straightforward techniques and doesn’t find itself being lost in forms. There exists no elaborate routine that must be performed as though for entertainment or ritualistic practices, and Muay Thai prides itself on hurting the opponent in the most efficient way possible.

Because of its to the point and blunt techniques without the fancy choreography, Muay Thai is easy to pick up and learn with proper training.

Muay Thai usually involves attack, defense, and counter moves that require a lot of practice before they can become second nature and a part of your muscle memory.

After learning the basic stance and precautions, including keeping your chin tucked and the hands prepared to protect your head, these are some of the beginner and advanced moves and their variations that you can expect to learn over time.

Popularly known as one of the hardest parts of the human body after the skull, the human elbow can be used as an effective weapon through the martial art practice of Muay Thai. There are many different and unique ways of charging with an elbow, with sideways to the head, top-down, spinning back elbow, and to the chin being most effective. Elbow strikes can knock an opponent out and cause injury.

Punches are the most commonly used technique in Muay Thai and the most popular ones are the jab, uppercut, hook, spinning back fist, and the overhead punch. Punching power is generated from the shifting of weight from one foot to the other, and is channeled through the shoulders.

Powered and executed through the shins, a kick in Muay Thai is often underestimated for the impact it can have on the opponent. The kick is delivered from the outside with a rotation of the hip. Kicks thrown to the opponent’s legs, arms, and the back of the head have the strongest impact. Jumping and spinning kicks were mainly made popular by Muay Thai legend, Saenchai.

Because of the proximity of the knees to the feet, knees make excellent open target opportunities for close-range impact. Throwing pointed knees directed at the ribs and head have the largest impact, and can also bruise the thighs if used properly. Knees are known to be a part of techniques that help fights end with a knockout.

After you’ve learned the basic tips about always returning to a defensive position after the attack and how to throw a punch from the shoulder, learning Muay Thai needs determination, focus, and a strong foundation in the following techniques:

Learning advanced strikes may require more patience, as they often involve more strict techniques and are used in less likely circumstances, such as a closed distance or an unbalanced stance.

Ready to get started?

If you haven’t gathered already, Muay Thai can aid your life in several areas and give you strength, confidence, and mental peace.

Reach out to Wodify to learn more about Muay Thai or to explore other martial arts.